Trees have many benefits for both homeowners and business owners, however the health of a tree is vital to it's value. There are several things you can look for to determine whether or not you have a healthy tree. Black spots at the root of the tree, browning spots during spring or summer seasons, and discoloration or peeling of the bark are just a few things you can look for as a Tree owner.

If 50% of the tree or the tree's root system is damaged, it probably should be removed. A tree with declining health can continue to survive for many years but will always have limited or abnormal growth and appearance. Trees that have been damaged by herbicide, for example, frequently have deformed leaves, but frequently can recover.

If dead branches favor one side of the tree over the other, the tree will be lopsided and potentially hazardous. Dead branches that are all on one side of a tree can be a symptom of root or trunk damage on the affected side. Fungus growing on the trunk can also indicate internal rot.

Severe damage to the main trunk often requires removal of the tree. Vertical cracks, seams, dead branch stubs and large, older wounds suggest internal decay. If the trees's trunk strength is compromised, it could be dangerous. Rule of thumb- if the damaged area is less than 25 percent of the circumference of the trunk, the damaged area could gradually heal leaving no permanent injury to the tree.

Large trees that have had their tops broken or large damaged limbs are a danger to people and property. If less than 25% of branches are damaged, the tree will probably survive. Crossed or rubbing branches should be removed. Narrow branch angles especially of the main trunk are particularly prone to splitting and should be corrected, preferably when the tree is young.

If you have small branches sprouting out from the trunk of the tree, this could be a response to severe stress indicating that there is something wrong with the tree. This is very typical of trees that have endured recent new home construction injury or over-exposure to the sun after thinning a forest or soil compaction.

Leaning trees are more of a hazard than those growing vertically and a tree leaning more than 15% from vertical should be removed. A sudden lean indicates breakage or weakening of roots.

Previous pruning jobs can cause problems years later. A situation that follows the old, outdated, practice of “topping” trees is breakage of the regrowth. A change in the soil level over the root system is another cause of a gradual decline of trees. If three inches or more of soil has been piled over the root system of the tree, it will probably die. If caught early before stress symptoms develop many trees can be saved.

Trees under power lines should mature at heights less than 25’. A tree that is growing into power lines will need to be thinned out. During wet weather, electricity can arc as much as ten feet to wet tree foliage and ground out causing a power failure or property damage. Removal of trees limbs anywhere near power lines is never for the homeowner to do themselves. The price of an accidental touching of the power lines or a grounding arc of deadly electrical current to a ladder, pruning tool or a person will be devastating. Always hire a professional for these dangerous jobs. 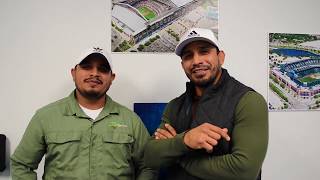 Back to School Lawn Tips 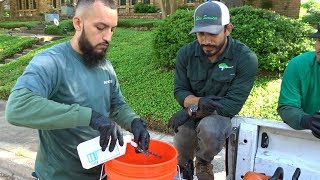 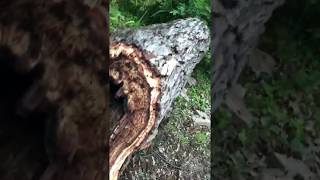 Why do some trees fall during storms and others don't?